Haylee Holman was awarded with the John Challis Courge award.  The award is presented by the Midwestern Athletic Conference in the name of John Challis, a Freedom Area student-athlete who passed away following a battle with liver and lung cancer sooner after graduating from FAHS in 2008.  You can find out more about John in the article:

Haylee was presented the award by Scott Challis, John’s father, and John Rosa, FASD athletic director and chair of the MAC Athletic Directors.  Haylee faced her own challenges to compete for AAHS in volleyball, basketball and softball.  Haylee worked through significant injuries to her knee and foot.  She has been a true student-athlete leader throughout her career at Ambridge.

The next stop for Haylee is Washington and Jefferson College where she will study Biochemistry and join the Presidents’ softball squad. 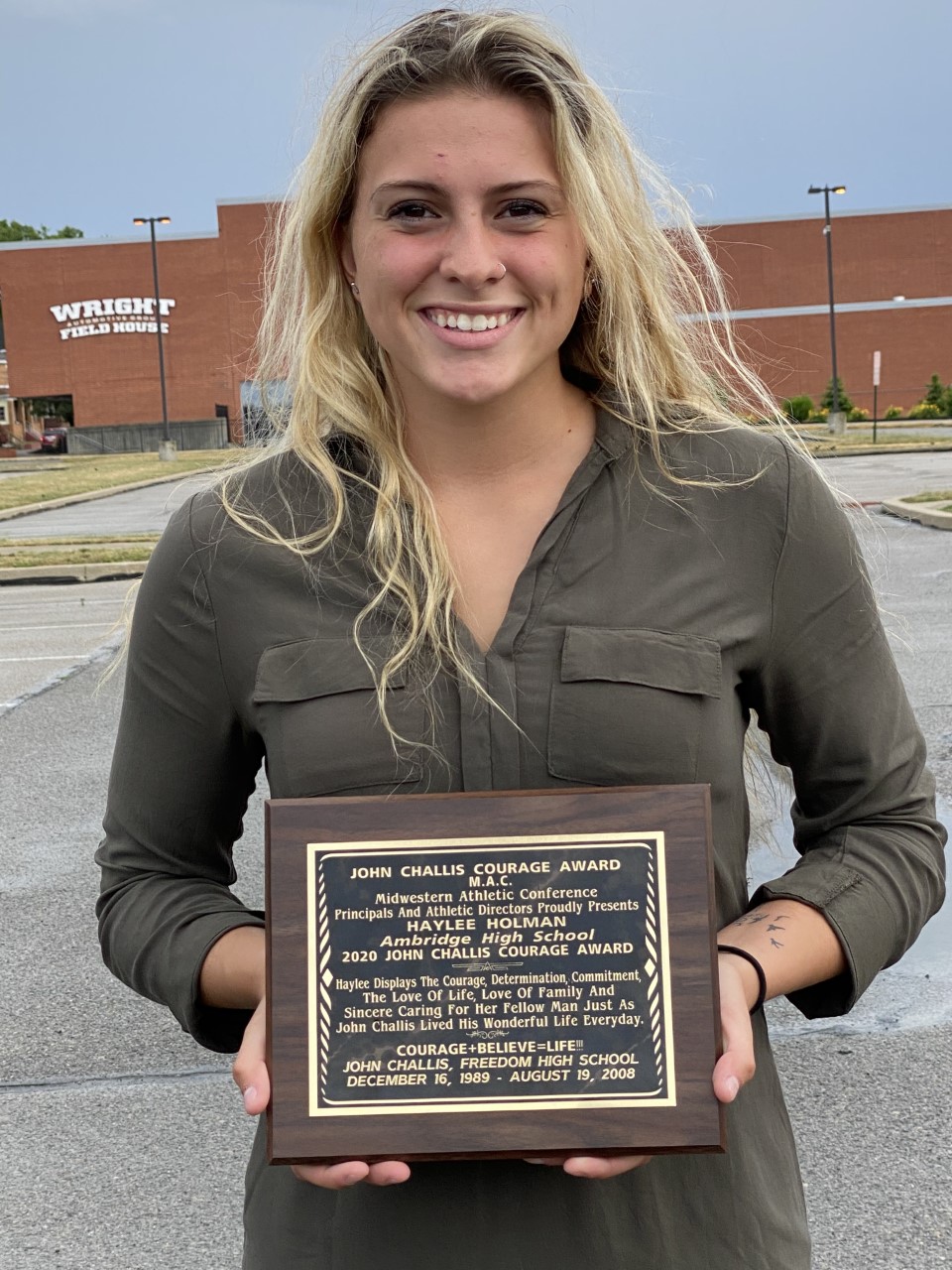