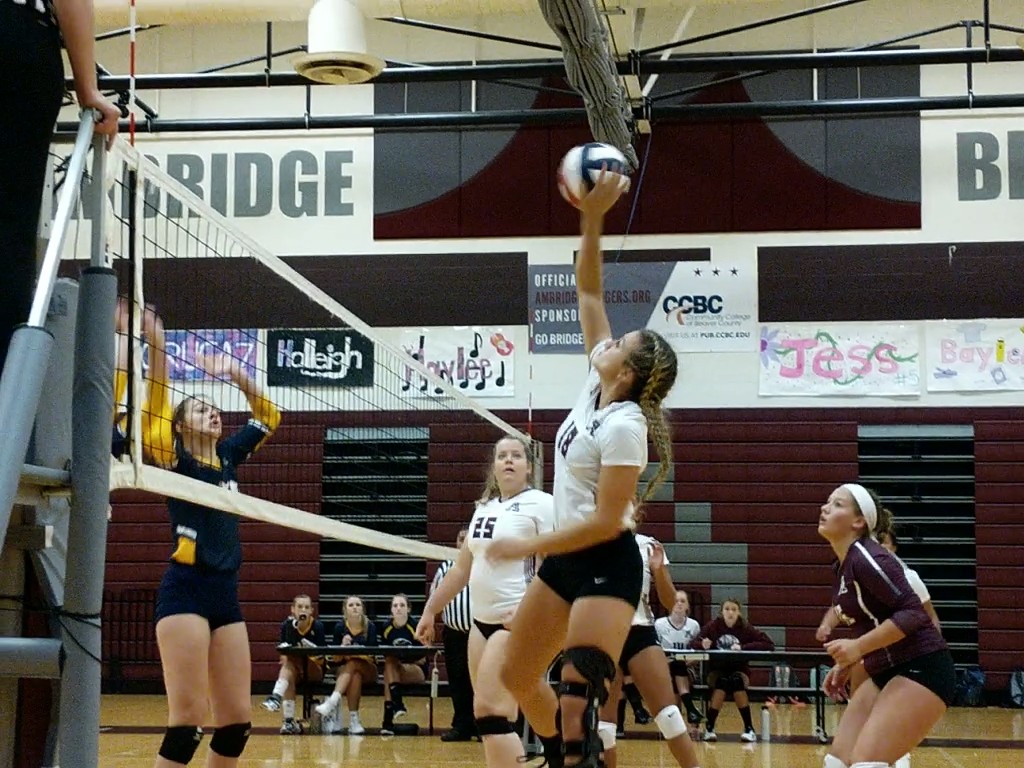 Set 1
The Bridgers and the Fightin’ Planets exchanged point for point throughout most of Set 1, but a small lead was all Mars needed to take the set 20-25.

Overall, Emily Gruca topped the charts with 11 kills over 4 sets.

Set 2
Set 2 began with all the momentum in the Bridgers’ favor. Not even a Mars timeout could stop the speeding train!


But the Fighting Planets rallied mid-set and never let up, bringing the score to within two. The Planets haunted the Bridgers from there on out, finally tying it all at 22. With some solid defense, the Bridgers stood strong to win the set 25-23.


Set point: https://youtu.be/eezz48VzIIk
Halleigh Irwin led the team in blocks with 2.5, and Lexi Peters contributed 33 digs for the match.

Set 3
A funhouse mirror of set 2, set 3 started off with an early lead from the Fightin’ Planets, a 5-point hole for the bridges to dig themselves out of. Tenacious offense from Ambridge tied it at 22, and Ambridge briefly took the lead. A few close calls in the Planets’ favor decided the score, 23-25.

Set 4
Mars kept their momentum rolling into Set 4 and quickly doubled up the score, denying Ambridge a shot at a comeback. Fighting Planets took the set, 16-25.

The Bridgers will return to face Blackhawk at home on Thursday, Sept 12 at 7:15 PM.